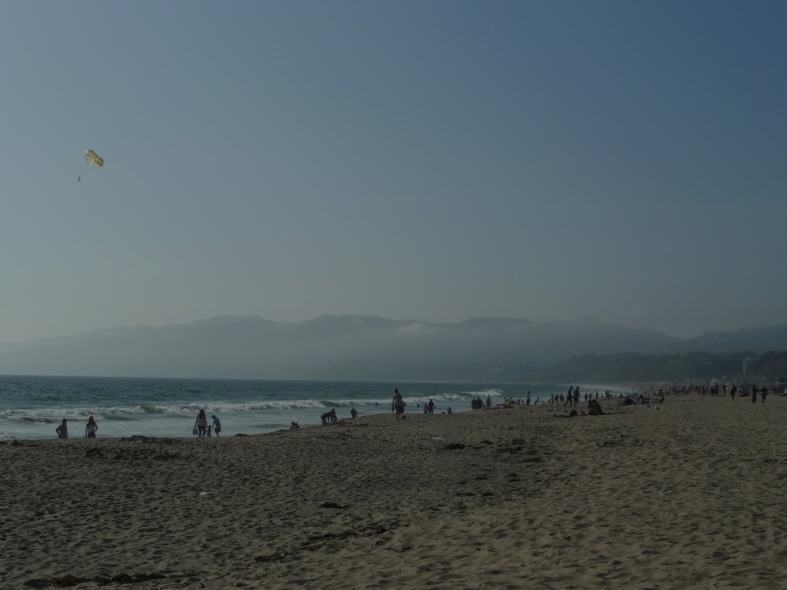 There are few places that remind me with a knock-out blow just how far I have gone. The shore of the Pacific Ocean is without a doubt one of those places. Quite frankly, this is just about the farthest I could go, well, west, and as such makes me stop and think. This is literally the edge of western civilization, the end of the settlers’ journey, the limit of what we could discover.

On a more ordinary level – this is also just a great place to be altogether. First of all, the beach is enormous. It is rimmed with a bicycle lane and right beside it there are volleyball nets. If you happen to need some additional attractions, there is also an amusement park (Pacific Park on the Santa Monica Pier) featuring the world’s only solar-powered Ferris Wheel. 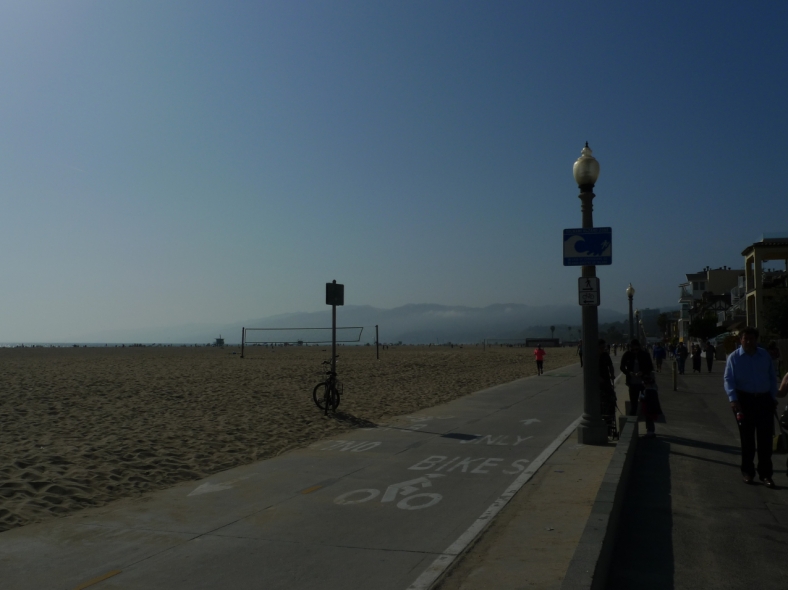 In all fairness though, I don’t think the Santa Monica Beach needs anything more than it already has had for millions of years. It is simply stunning, and in an extraordinary way. This part of the shore is particularly susceptible to a phenomenon called ‘June Gloom’. Usually occurring in the mornings of late spring and early summer in Southern California, June Gloom weather is foggy and little cloudy, sometimes even including a bit of a drizzle. Here, on the Santa Monica Beach, it is to be expected much more often than that, and it certainly gives the place a bit of an odd edge, which I find particularly enchanting.

When we arrived late Saturday afternoon, the beach was still full of people. Some of them were even brave enough to make it into the water – which, considering the cold California Current, is really not that easy at this time of the year.

(I’ve decided I should do this someday.)

Of course, with people around, there has to be a lifeguard. The lifeguard towers are just the same as those you could see on ‘Baywatch’. Admittedly, the series was filmed mostly on the Will Rogers State Beach and Venice Beach, but still – knowing this is just about where the action took place makes me pause in wonder, and I have never been a particular fan of the show for that matter. It’s just the feeling of being in a place I have watched on TV when I was a little kid. 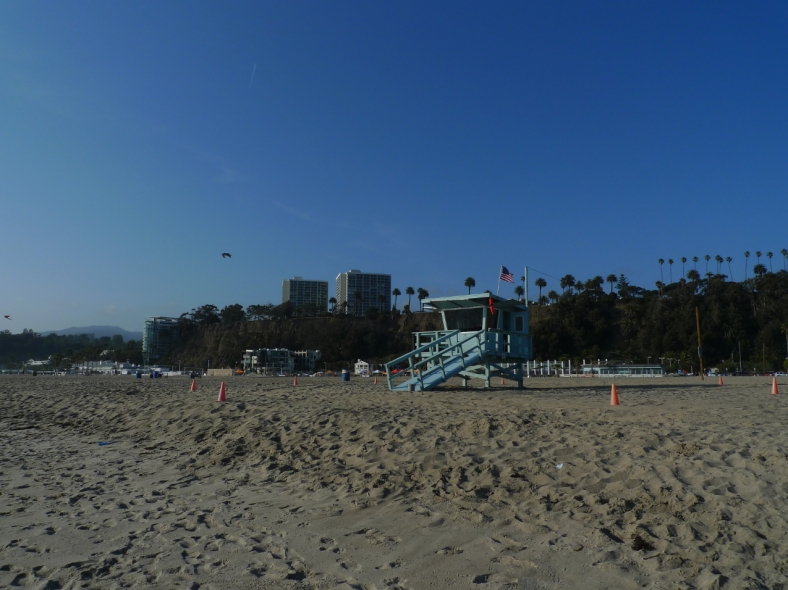 (Just imagine: David Hasselhoff could run out of this tower any second now.)

We took a long stroll northward along the shore. The Pacific is exceptionally loud, but in a strangely soothing way.

The waterline is strewn with pieces of giant kelp. There is also lots of ocean trash washed ashore, and it quickly becomes a mandatory element of numerous sand castles. (Of course, for each sand castle there is at least one kid running at you and screaming ‘We built it!’ the second you look at it.) We also spotted some sandpipers. Aaand a dead seal, but I think I can spare you the picture of that one. Local kids were positively thrilled with it though. 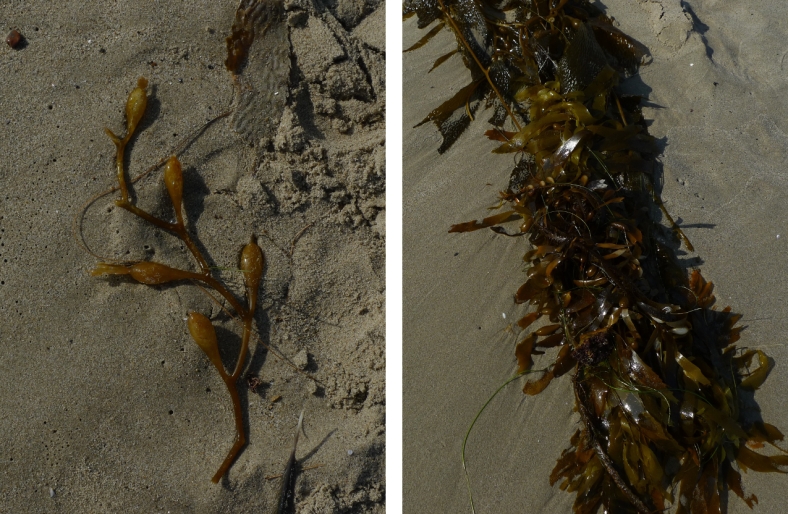 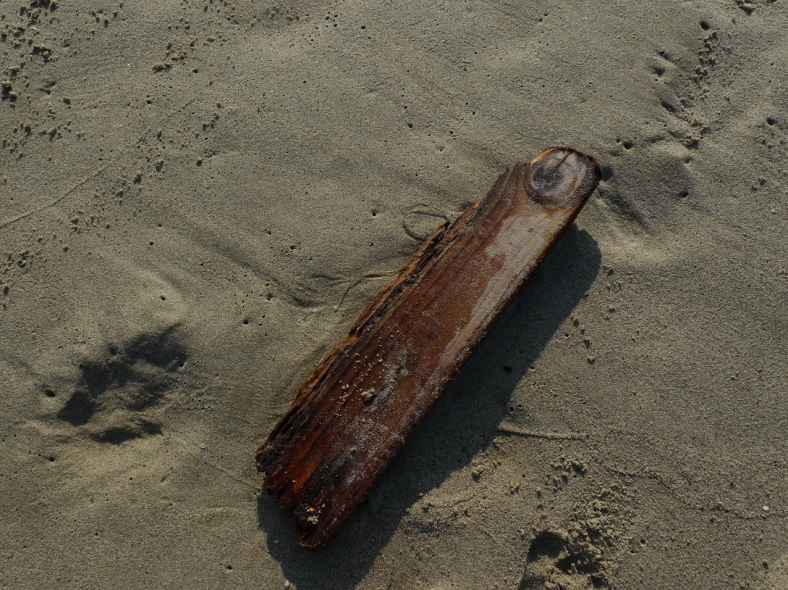 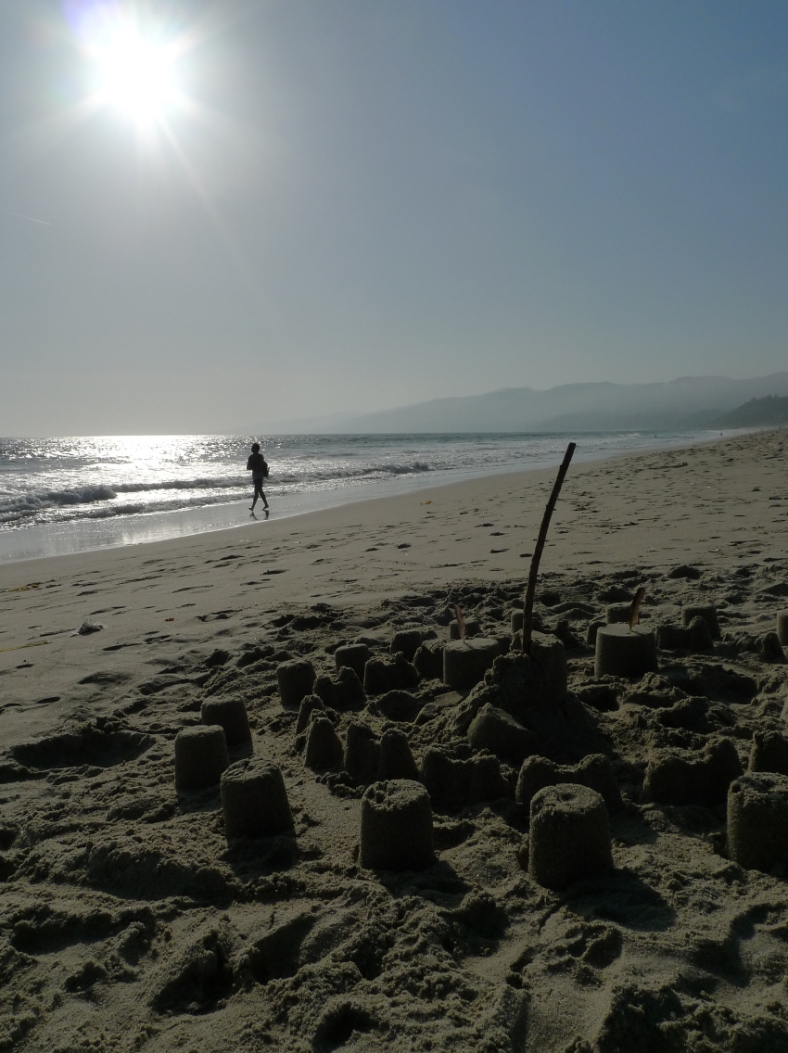 Now I know the following photo depicts something really important, but… come on. It’s a bit funny too, isn’t it?

(Still, it is a good thing to remember that tsunami waves travel about as fast as airplanes. So you might want to actually comply with the advice on the sign were you to experience an earthquake on the shore. Just saying.)

The volleyball nets are usually fully occupied in the mornings. 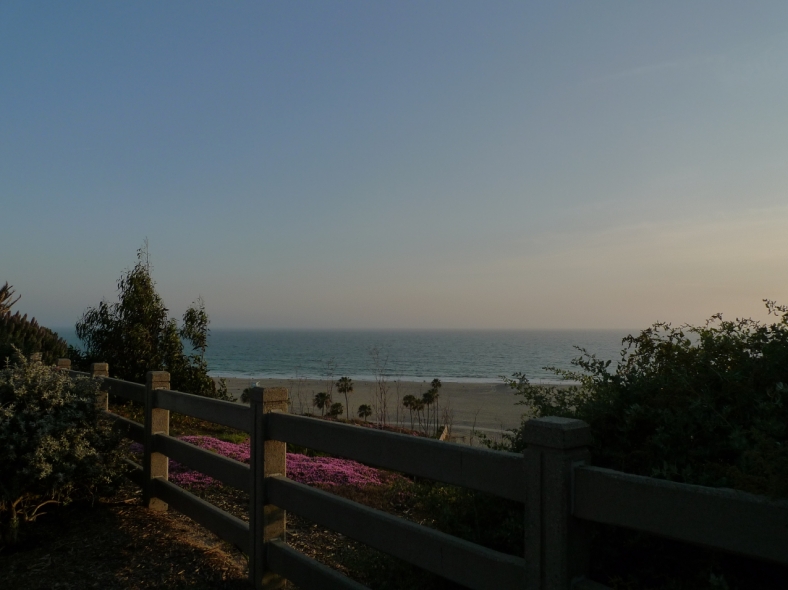 PS I just had to.