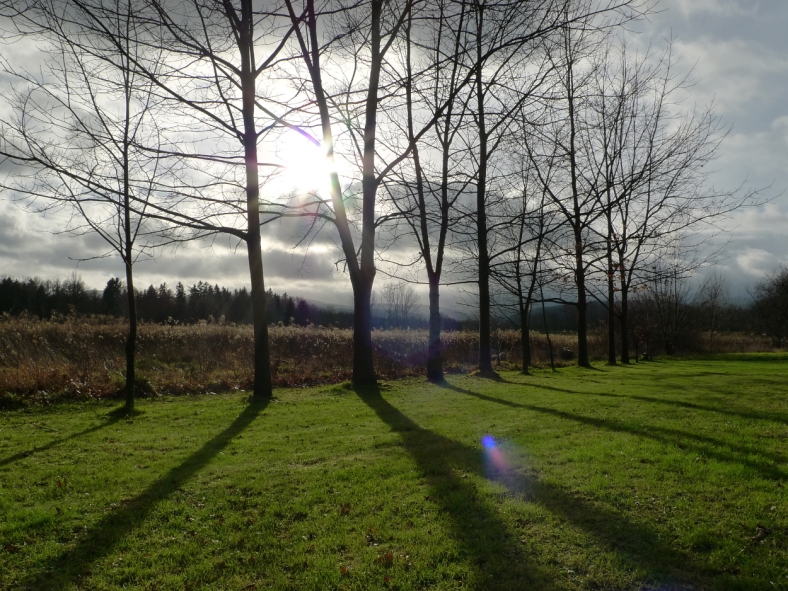 There is a place I hold very dearly in my heart. At the southern edge of the so-called ‘Norwegian’ park in Cieplice, a small town in the heart of the Jelenia Góra Valley, there is a system of levees and floodplains protecting the town from high water. Although the area became a quite popular destination for strolls (and, understandably, sledging in the winter), it is still a largely undeveloped land, consisting mostly of meadows, scattered woodlands and occasional ponds. As almost every place with minimal human interference, it possesses a remarkable kind of rough beauty, which is additionally enhanced by the magnificent, bulging mass of the Karkonosze Mountains, ever-present on the horizon. 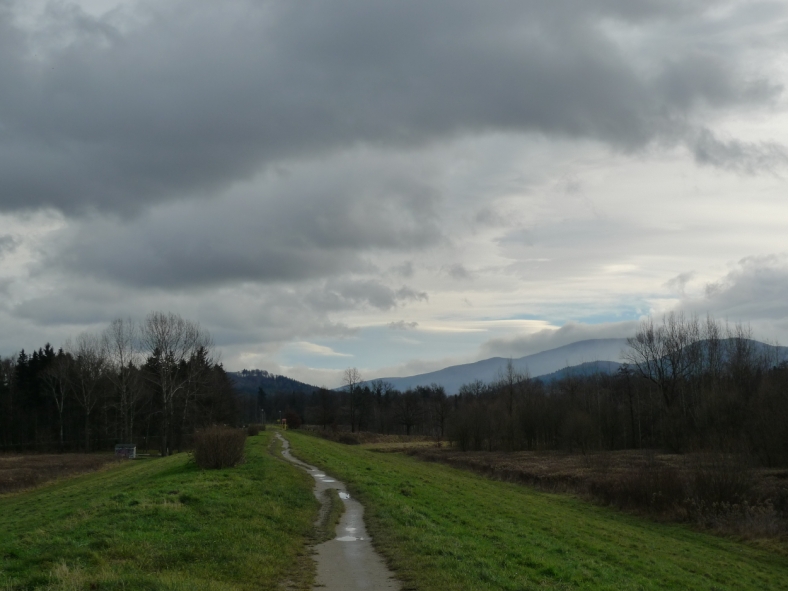 I used to spend whole days there, walking around and hanging out with my friends, talking of ‘cabbages and kings’. We never got bored of this! Frankly, I don’t reckon I would consider it boring today, either. There is just so much to talk about when you’re surrounded by both the most ordinary and most outstanding aspects of nature at the same time. From the taste of freshly picked raspberries to the meaning of life, there was no topic that could be ruled out. 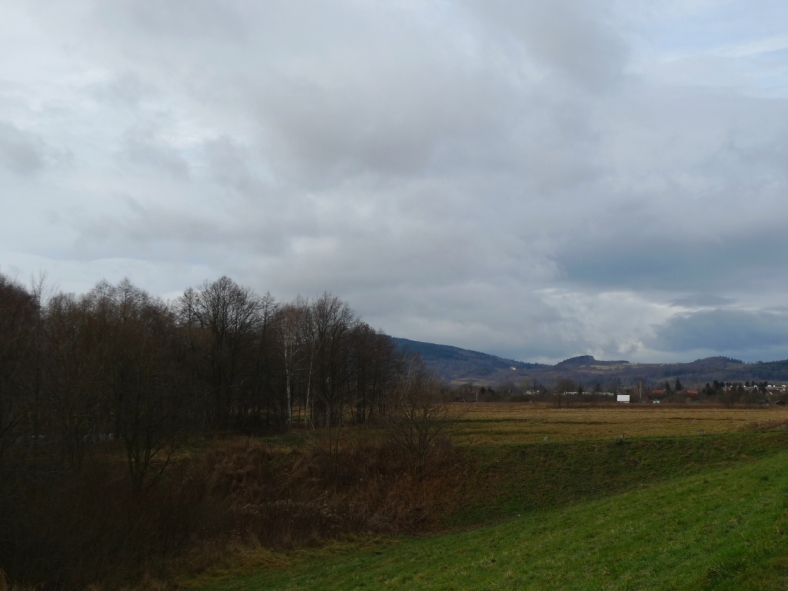 I enjoyed being there as much as ever when I found myself taking a walk there this December. Despite feeling a little intimidated and uneasy about it – will the reality stand up to my memory-driven expectations? – I felt as if my feet, once I started walking, could not take me anywhere else. I couldn’t have picked a better day to do so: it was warm, almost spring-like, and although there was a thick cover of clouds in the sky, the sun flickered from behind them again and again, breathtakingly changing the scenery with all the different colors and hues. 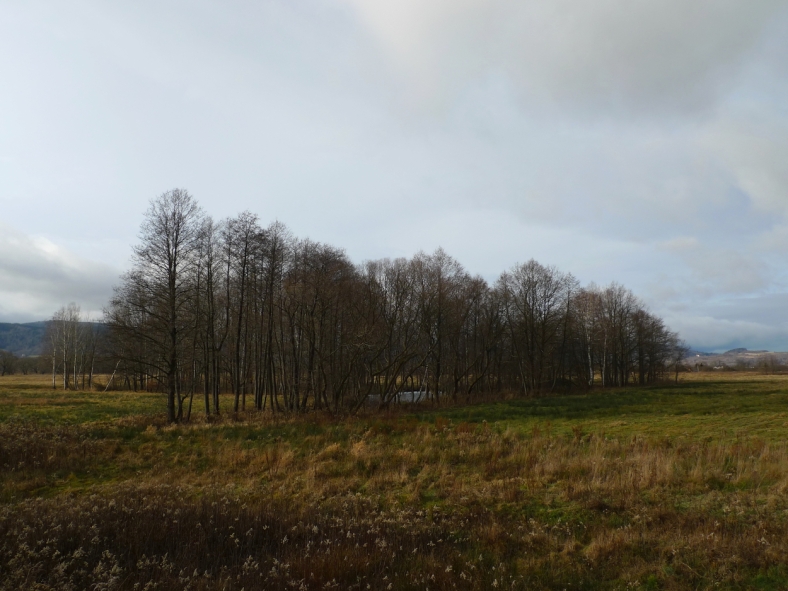 The whole range was coated with clouds which seemingly rolled down the mountains. Yet the rolling never faded away, as if there was an infinite field of clouds waiting to cross over the ridge, and just the same none of the clouds ever disconnected at the edge of the cotton-like coating and thus none ever added to the bulk of clouds in the sky. It just looked as if the picture was still and alive at the same time: the mass of clouds swirling down, but never moving forward.

In fact, this is a well known weather phenomenon which makes not only for captivating views, but also ensures that the Jelenia Góra Valley experiences a lot of sunny days during the winter months while the rest of the country remains overcast. The so-called Feohn winds arise when there exists a pressure difference between two sides of the mountains, or when there are strong winds perpendicular to the range. Both produce the same effect: air is pushed up the windward slope. This air then cools down with the rising altitude and condensation takes place, creating often profuse rainfalls on the windward side and a mass of clouds overflowing the mountain ridge. As the air next moves down the leeward side of the mountains, it warms up at the significantly higher rate than the preceding cooling – due to smaller humidity – and consequently not only the clouds vaporize, but also the air mass becomes much warmer than at the beginning of the process.

This mechanism works pretty much the same whether the masses of air on the windward side have overall high humidity or consist of already condensed water vapor – clouds – which explains why the Jelenia Góra Valley often remains filled with sunshine even if all surrounding regions are heavily clouded. Additionally, the arid and heated air masses on the leeward side of the mountains make for vehement but warm wind gusts in the Valley. I never realized how much of a blessing this was until I learned what wind could feel like in Chicago – a world of a difference, at the very least. 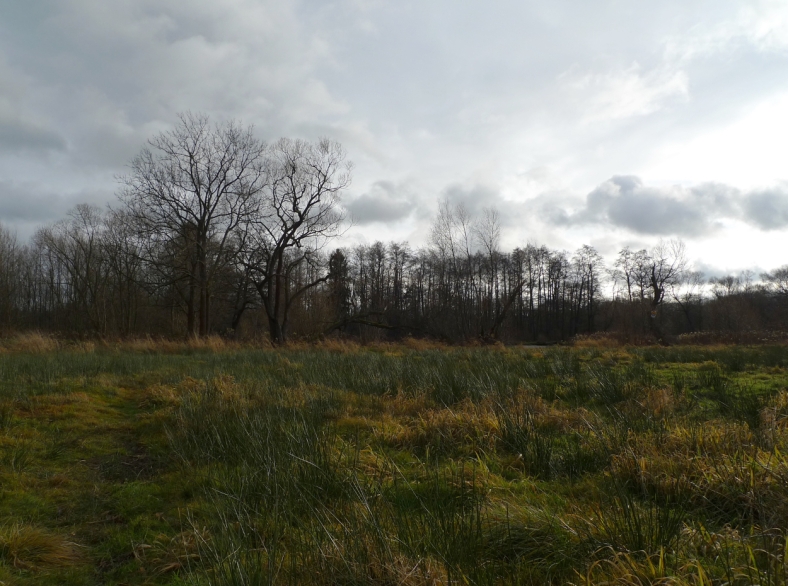 The area is literally strewn with countless streams and brooks – for some of them there exist bridges of questionable beauty, while some one has to simply jump over. Through various overgrown paths one may wander all the way to the nearby towns such as Podgórzyn or Sobieszów, which are pretty ordinary – and thus not so attractive – themselves, but from which it is possible to make a trip to the Castle of Chojnik located on the top of the Chojnik hill, 627 m above the sea level. It’s a very lovely and accessible expedition to take on. I remember quite vividly one day at the end of the fourth grade – summer had already crept in and was getting ready to hit with the full blow – when after school I lied to my mum that I was staying at my friend’s till early dinner while in fact me and my other friend made a trip to the Chojnik Castle. The elaborate plot was a part of our endavour to earn the PTTK Backpacker Badge issued by the Polish Tourist and Sightseeing Society, which required collecting a certain number of stamps obtained at designated tourist attractions. And while I agree that not only an overprotective parent, but everyone in their right mind would not allow two unsupervised eleven-year-olds to take on such a trip were any adults involved in the decision process, in the end all went well: we had a great time, the whole trip took us a little over 4 hours (the bus rides to Sobieszów and back as well as the sly phone call included) and, in the end, we earned our tourist badges. Easy peasy. My mum still doesn’t know about this to this day.

You can see the Castle of Chojnik on the right (zooming is highly recommended).

For the largest part though me and my friends just spent our time not on putting together dubiously clever evasions, but simply on hanging out in the area and enjoying ourselves. There would be many meetings, sleepovers and campfires to recount were I truly set on making this post unbearably long – luckily, though I’ve obviously manifested self-destructive tendencies since early childhood, there is still some sense left in me.

I hope you enjoyed the journey though. 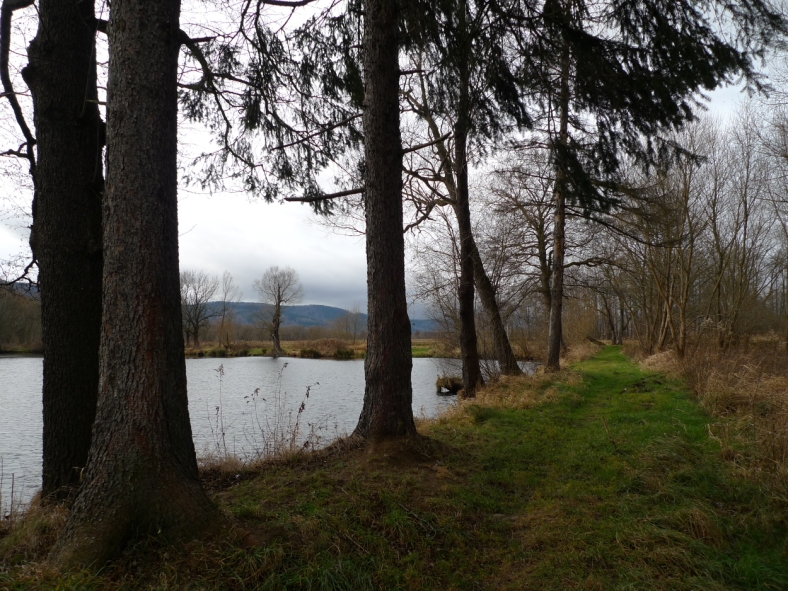 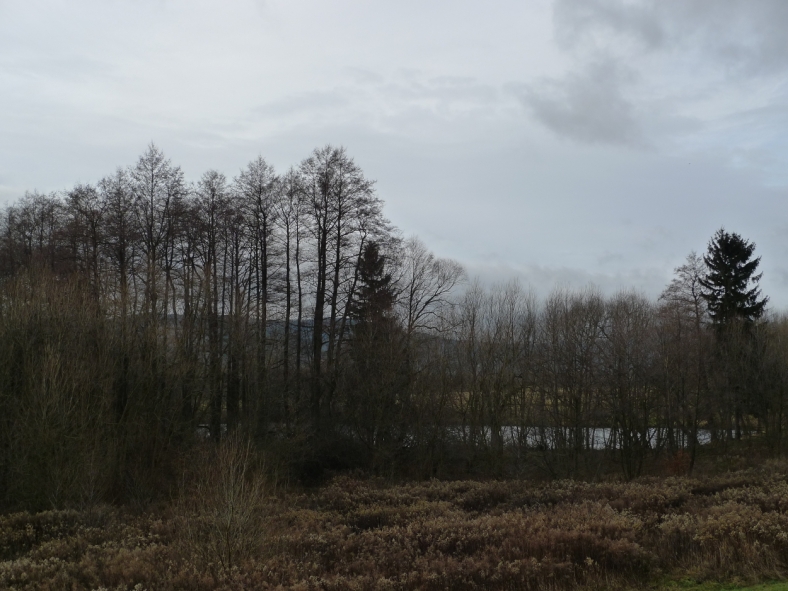 PS: There are two songs which should make up the soundtrack of this post. This one for perfectly reflecting the atmosphere of my last visit:

and the second for conveying the atmosphere of the years past – mainly because we would listen to this song all the time:

(Please ignore the clips. They make absolutely no sense at all.)