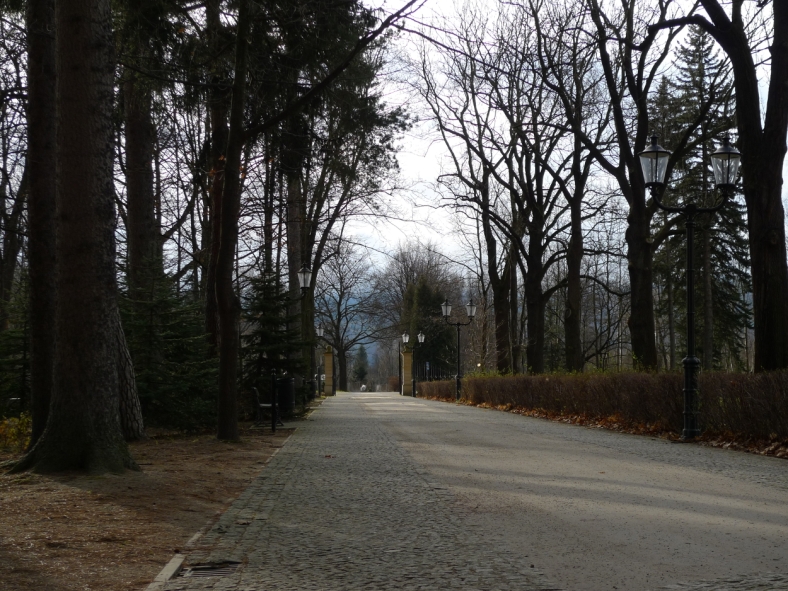 For the most part of its existence (first documented in 1281) the town of Cieplice belonged to the Schaffgotsch family, one of the oldest noble families in Silesia, who kept here their main residence. It is because of them that Cieplice displays a significant number of historic buildings, including the monumental baroque Palace of Schaffgotsch and the adjacent park, styled as an English landscape garden.

Today the palace is the main building of the Jelenia Góra branch of the Wrocław University of Technology. My mum used to work there at the dean’s office, and I used to either read books (borrowed in astonishing numbers from the local library) in the adjacent historic room or play around the stone lions guarding the entrance – the latter being especially magical as I was reading The Chronicles of Narnia at the time. The park, on the other hand, is open to the public, and I strongly believe that it is one of the most beautiful parks in Poland – not that I really keep any official ranking. 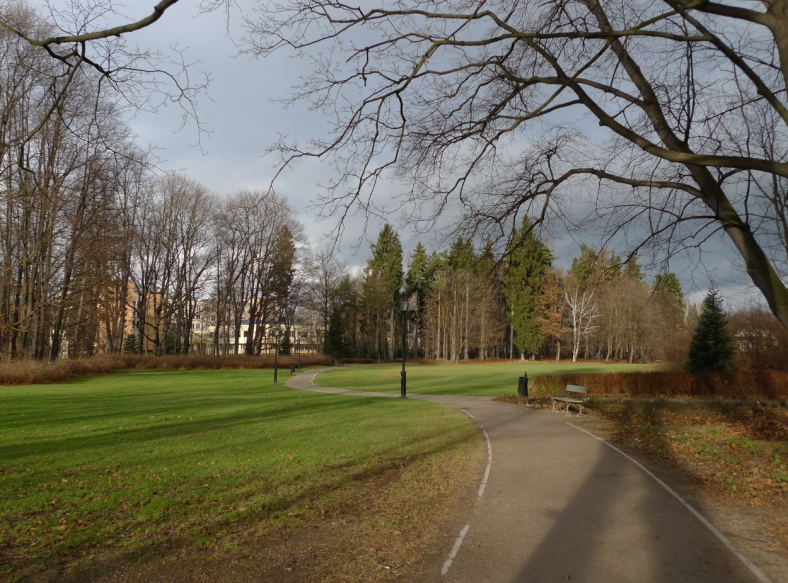 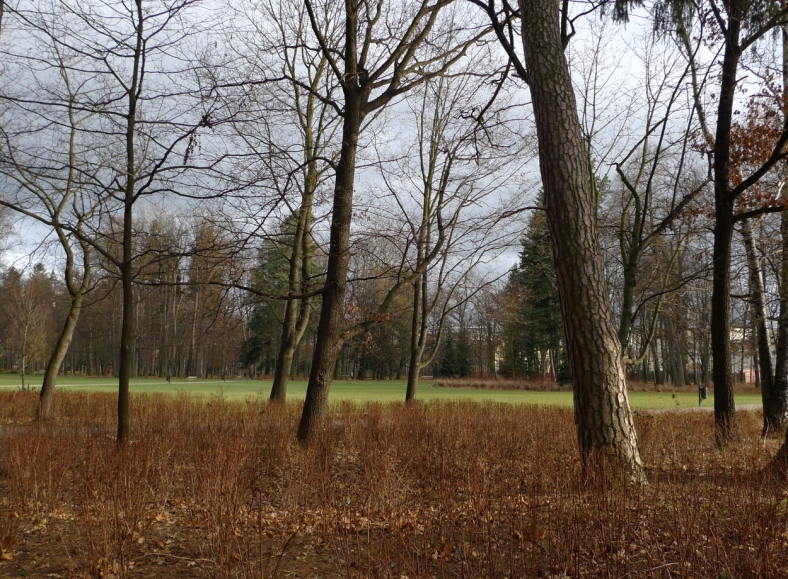 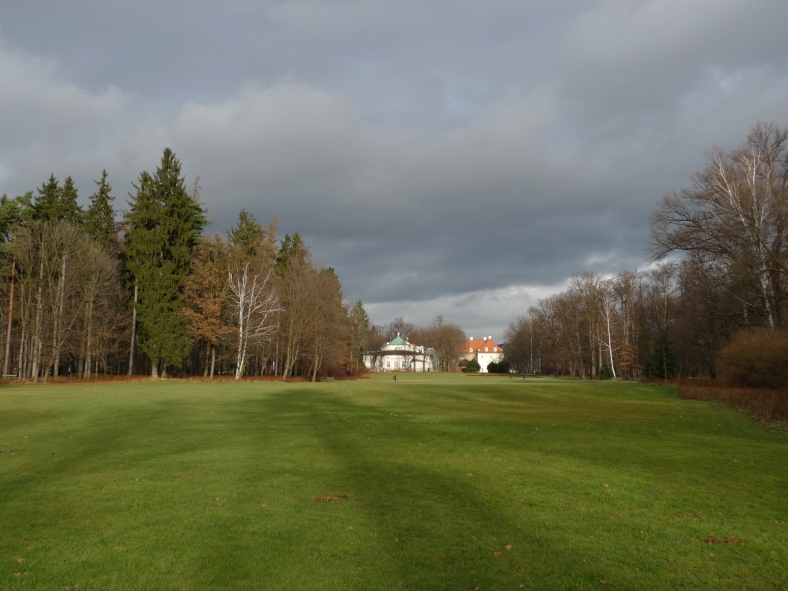 Here you can see the Park Theater on the left. My high school graduation ceremony was held there, though it was too boring for me to wait till the very end of it to receive my diploma – I never appreciated underperformed events, of which this was a most gruesome example. On the right and a little in the back you can catch a glimpse of the southern facade of the Schaffgotsch Palace.

I think one of the reasons the park has me mesmerized so much is that the trees within seem almost ancient. One just cannot buy that, and only time adds to the value. 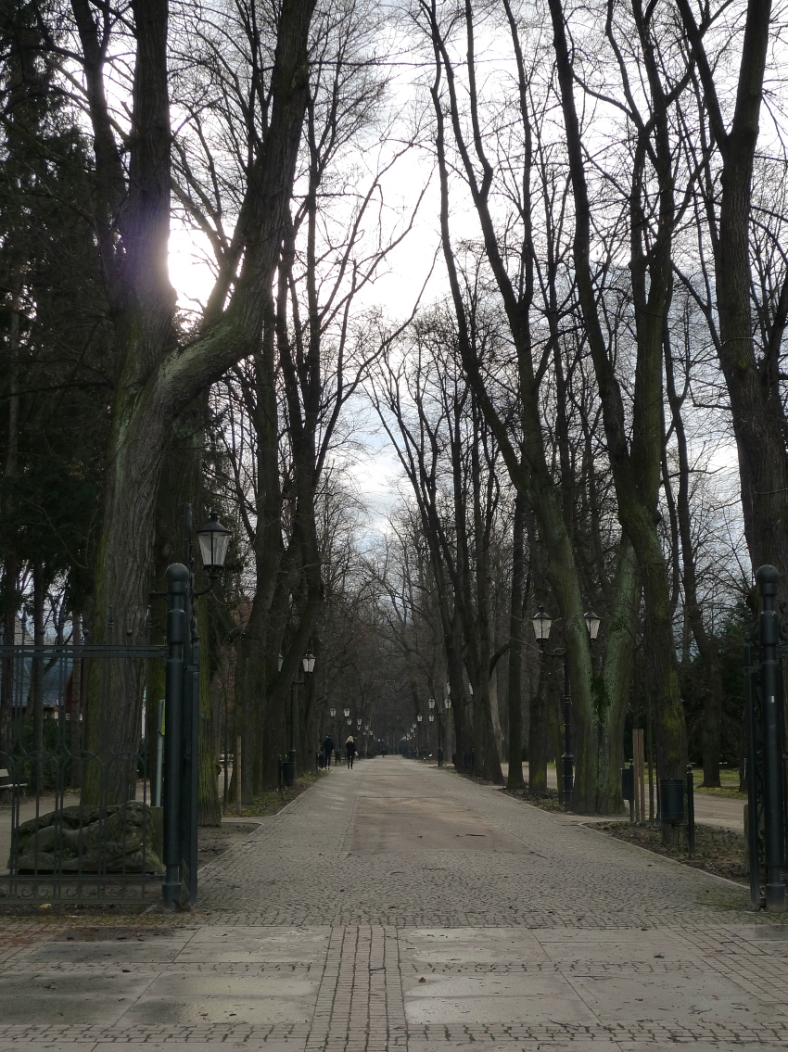 Can you see the lion?

A few days later I was crossing the park on my way to the Cieplice Baths (the town has its own hot springs which account for its name, an old Polish term for a thermal spa). Right after Christmas there had been a snowfall which completely changed the appearance of the whole region. 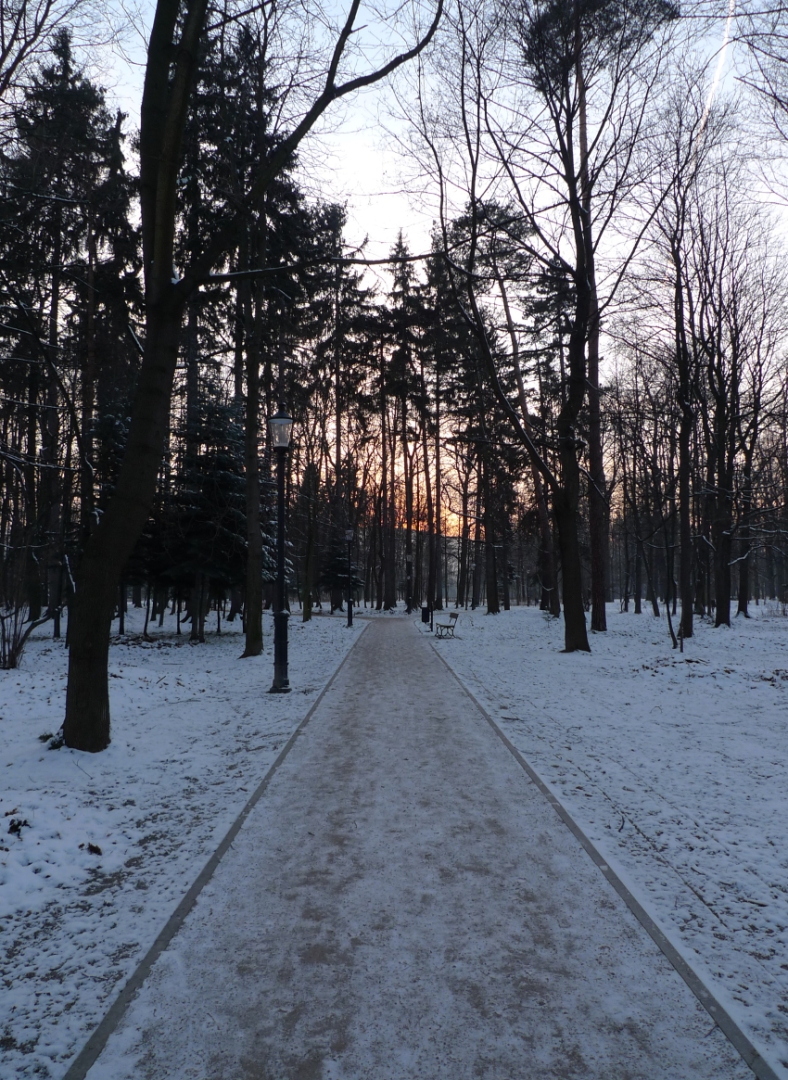 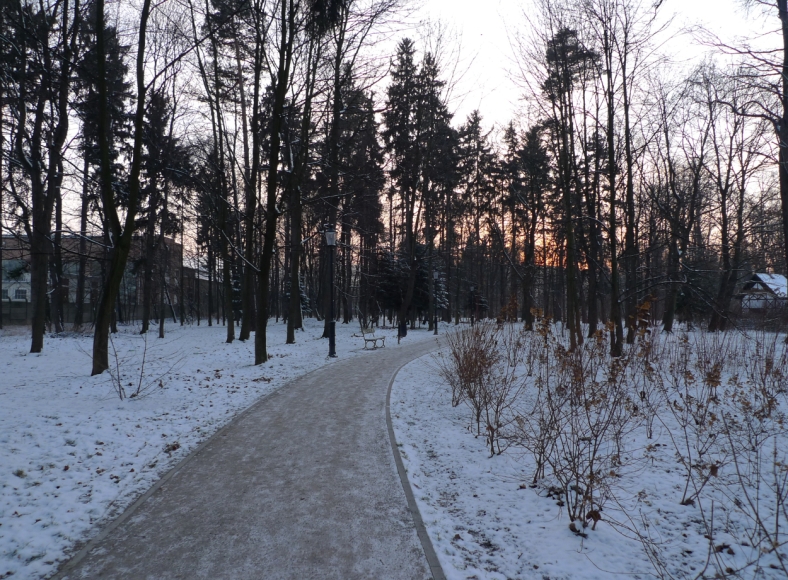 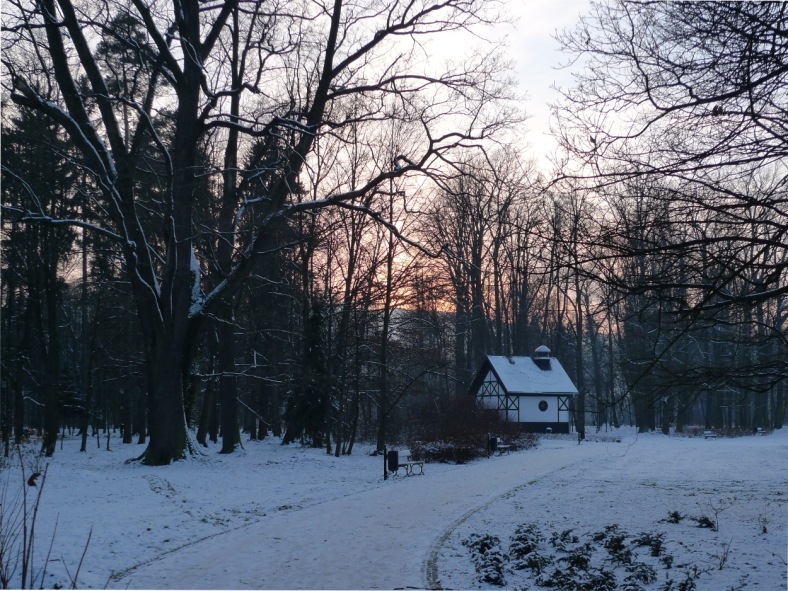 Sometimes I quietly admit to myself that this is one of the most beautiful places in the world. I don’t care that the town is not managed in the best way, that almost every corner of it is in need of an improvement, and that again and again one can spot with a crushing certainty the remains of the previous political system which apparently was blind to any esthetics. For every instance of ugliness there is always something unequivocally beautiful on the other side of the road, around the corner or – inevitably – on the horizon.